Here are the cultural & popular games for children from all around the world. Have you ever wondered what kind of games children play in other countries?  Are they similar to our games or are they totally different?  Looking for new ways to have fun? Get inspired by these popular children’s games from different countries and cultures.

Here are some country ideas and activities to get you started!

If some games are universal and have no borders, others are typical of a country. Games are truly part of a people’s culture. Here is a list of games that children play around the world.

Travel Around the World Investigation

To celebrate a birthday with a group of children, nothing beats an investigation game.

Discover our turnkey game kit, where children will be asked to play the role of a detective and solve a case through which they will discover different countries of the world, their capital, their flag and many other things.

An incredible robbery has taken place at the home of a rich art collector. Will you be able to find out which country the culprit has fled to?

Games from around the world : Ghana

At the beginning of the game, only one child is the snake trying to catch the others. As soon as a child is tagged, he or she becomes part of the snake by holding hands. Only the head (first child) and tail (last child) of the snake can tag the other children. The children in the snake must not let go of each other’s hands, otherwise the snake must start over. The game ends when all players have been tagged and are part of the big snake.

Games from around the world : Egypt

Trigon is a game for at least three people that dates back to ancient Egypt. The three players stand at the ends of a 5-meter triangle. One player throws a ball with his right hand to another player who catches it with his left hand and throws it back with his right hand. The third player repeats the gesture in a counter-clockwise direction. If the ball is not caught when it could have been, the pitcher wins a point. If the ball is not considered catchable, the catcher wins the point. The first player to reach 10 points wins the game.

Games from around the world : Sri Lanka

Two teams of 7 players play against each other. A hunter is sent into the opponent’s camp to hit his opponents with his foot or hand. During this attack, he must repeat “kabaddi-kabaddi-kabaddi…” until he returns to his team’s side. If he is captured, he does not participate anymore. Players hit by the hunter cannot play anymore, until the hunter of their team hits opponents.

Games from around the world : North Africa

The chicken and the caterpillar

The children create a caterpillar by holding each other by the shoulders. One child has been designated to be the chicken who will try to eat it, by touching the last player at the tail of the caterpillar, who is eliminated. Be careful, the caterpillar must not break, otherwise the chicken will eat the whole detached part!

Games from around the world : France

Most of us have taken part in a staring contest, but if you were in a French playground, you might find yourself playing La Barbichette (or Goatee Game)!  This is a ‘try not to laugh’ contest between two people who have to hold on to each other’s chin.  The loser gets a playful slap!

Games from around the world : England

Games from around the world : USA

The children sit in a circle. A “picker” stands and goes around the circle tapping each child on the head, saying “Duck”, until he or she says “Goose”, pointing to the hunter. The hunter must then get up and grab the “picker” before he or she sits down. If the picker is successful, then the hunter becomes the picker, but if the hunter catches the picker, the hunter can return to his or her previous location and the original picker can start the Duck, duck, goose again.

Games from around the world : Germany

German children like to play a game called “The Frog Pond”. The children are separated into two teams: the frogs and the storks. The storks move on their stiff legs and are not allowed to bend their knees, while the frogs jump in a crouched position. The goal of the game: the storks must catch the frogs in the shortest time possible. As soon as a frog is tagged, it leaves the frog pond and when the last frog is tagged, the timer is stopped. Then the teams are switched and the team with the fastest time wins.

Games from around the world : Australia

The children sit in a circle. One child is designated to be the Skippy-roo kangaroo. He or she takes a seat in the middle, covers his or her eyes and leans forward on the floor. The children begin to sing “Kangaroo, skippyroo, Dozing in the midday sun, Comes a hunter, run, run, run.” The adult beckons a child to touch Skippyroo’s shoulder, saying “Guess who’s caught you just for fun?”. The child in the middle has to guess by the sound of their voice which child caught them. If they succeed, they switch places, if not, they start over. The game continues until all children can be Skippyroo.

Games from around the world : Colombia

Oba is a game of throwing a ball against a wall. A first player throws the ball against the wall while doing an action (clapping, spinning, dancing, jumping, grimacing, stepping backwards, stepping forwards, on one leg, hands in the air…), then catches the ball. The other players repeat the same action. If the ball is not caught, the ball is passed to the other player. The last player to finish the action can choose the next one. 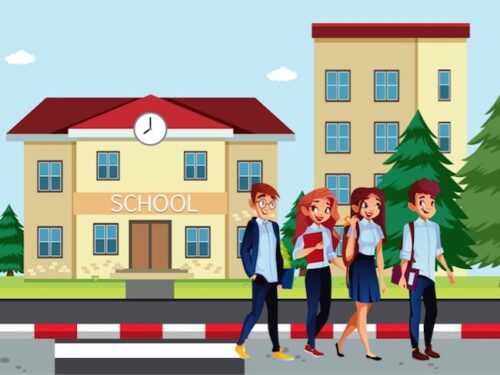 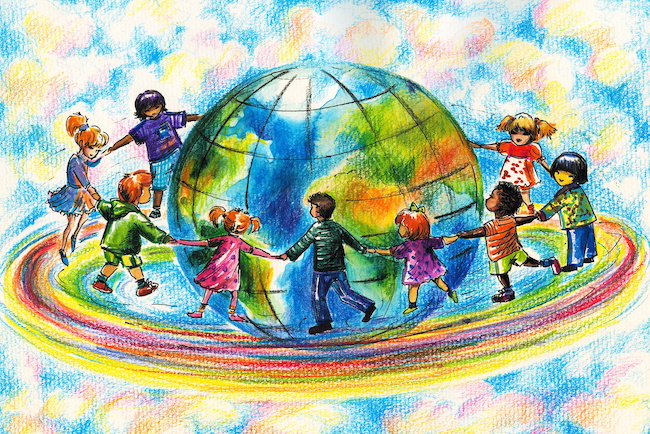