If your child is a football fan, then why not organize a birthday party with his friends thanks to these great games we are going to detail here! And believe me, this theme is just as suitable for girls as it is for boys.

Find out in this article how to organize the most beautiful football-themed birthday party. Discover our police investigation game at the football stadium, the decoration and many ideas of animations to organize small group games with the children.

Reading this guide will allow you to easily organize your birthday party from A to Z.

It all starts with the invitations. Remember to invite classmates a good fortnight in advance. And of course, the invitation should be on the theme of your party, in this case football.

You can choose to create it yourself, for example by imagining a round invitation representing a football ball. You can also choose our free invitation to print on our website on the theme of football. On the invitation, ask your guests to come on D-Day by wearing a football shirt for example. 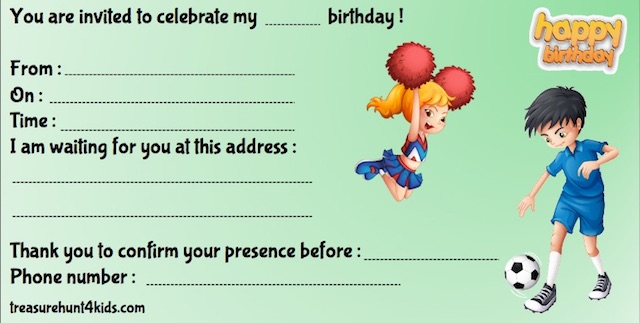 To help you in the organization of your party, you can opt for a large police investigation on the theme of football of course. Discover a “turnkey” game kit to be printed to organize a great detective mystery game that takes place at a football stadium. Look for clues, solve the riddles and try to find the culprit. In this game, our “Black Dragons” team is on the verge of winning the championship. That’s why someone is trying to stop them by playing very bad tricks on them. Find the culprit so that the championship continues in good conditions! 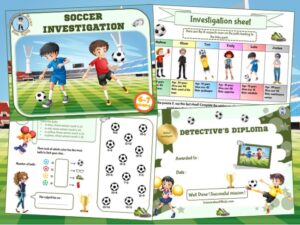 This game exists for children aged 6-7 years and for children from 8 years old. The story is the same but the puzzles are adapted to the level of each age group. Thanks to this game, children will live a great adventure on the theme of football for more than an hour. As parents you will only need about 20 minutes to set up everything. The game kit includes all the necessary explanations to set up the game, a follow-up sheet, the story and the riddles as well as a diploma to print to congratulate the children on their success.

The advantage of this theme is that the decoration is quite easy to set up and quite simple to find in any party store and even in supermarkets.

In addition, we have developed a range of birthday party sets to be printed with the effigy of our heroes and game themes. So, discover our decoration to be printed on the football theme. This decoration is 100% matching with our investigation game and will allow you to set up a unique decoration in connection with your theme. 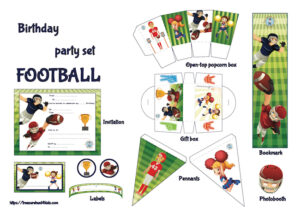 Here is a list of games and animations to set up with the children on the theme of football.

It will now be easy for you to set up games and animations for your football party with all the ideas detailed above.

We offer you a section of completely free games to print: coloring, dots to connect, game of differences, pixel arts, search and find, mazes, crosswords and much more. 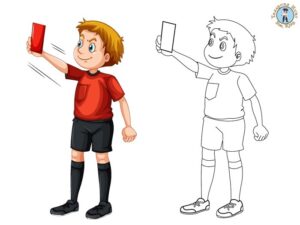 These games are also on the different themes of treasure hunts, investigations and escape games that we offer on the site. So you will also find some on the theme of football!

This can be used to help calm down while waiting for the parents to arrive or you can use them to offer them to the children so that they can leave with them. They will be able to do this at home as a souvenir of the day.

I hope that this complete guide will have helped you in your organization of a football-themed birthday party. Discover our website which lists all the game ideas for your birthday parties. Get a lot of great ideas!

Also discover all our other game themes to play with family or friends for hours of adventure in which you will always be the heroes!